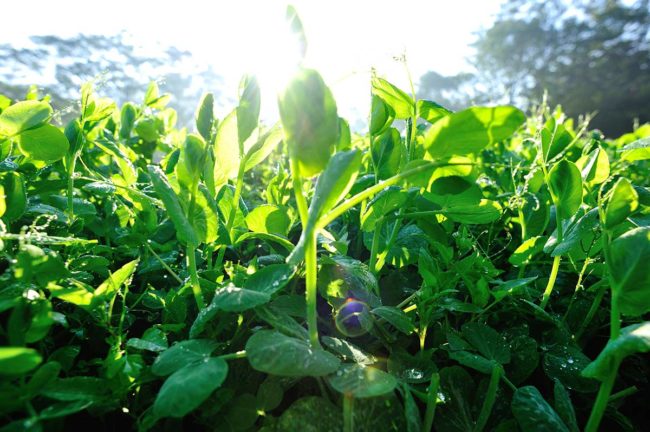 Voluntary, Incentive-Based Conservation is the First Line of Defense Against Burdensome Regulation

Farm Policy Facts is pleased to publish a guest editorial on why the farm bill is critical for growing our food and fiber supply while also protecting our natural resources. 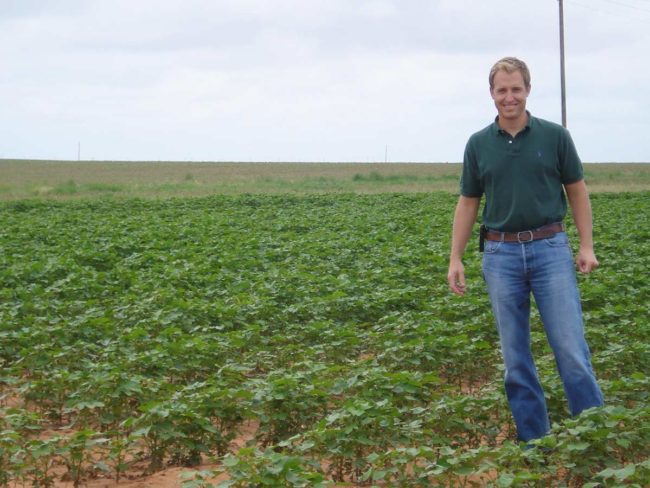 In an election year that has seen sharp divides among candidates and voters on the major issues of the day, there is one policy area that is receiving widespread, bipartisan support: farm policy and crop insurance.

Farm Policy Facts is pleased to publish a guest editorial from Rep. Jim Costa on the importance of maintaining a strong safety net for farmers.

Last week, the Environmental Working Group (EWG) sent out a report with this headline: “The Rich Get Richer: 50 Billionaires Got Federal Farm Subsidies.” The piece was meant to draw attention to the “problem” of well-known billionaires and celebrities pocketing farm subsidies. The only problem is, there isn’t a problem.

For Agriculture, Every Day is Earth Day

On this Earth Day, we are pleased to publish an editorial from the chairmen of the House and Senate Agriculture Committees celebrating the efforts of America’s farmers and ranchers in protecting our natural resources.

Circulating half-truths and misinformation is how agriculture’s opponents have operated for decades, and they’re not about to let pesky things like facts and expert analysis get in the way.

Farm Policy Facts is proud to publish a guest editorial from Krysta Harden, the former Deputy Secretary of the U.S. Department of Agriculture (USDA).

It is not every day that there is widespread agreement in our nation’s Capitol, especially when it comes to budget matters. So, it is significant to highlight when such accord is demonstrably on display.

“As Congress and the White House wrestle with their respective budgets in the coming weeks, I hope good sense will prevail and they’ll leave crop insurance and farm policy alone.”

Rep. Lucas: A Tradition of Service and Leadership

Congressman Frank Lucas discusses how Future Farmers of America is growing the next generation of leaders, and how his membership in the local chapter as a young person helped shape and inspire a life of public service.

A new survey demonstrates a strong level of support for crop insurance among farmers growing a diverse set of crops across the country, and opposition to any legislative proposals that weaken this important risk management tool.

American Presidents on the Importance of Agriculture

On this President’s Day, Farm Policy Facts combed through a bit of presidential history to find the words and views of some of our past leaders on the importance of American agriculture.

Pulling Back the Curtain on EWG’s Playbook

It is easier to sell fear than facts. This is a concept that the Environmental Working Group (EWG) knows all too well and has built a brand and an empire based on that business model. But, people are catching on to that game.

To dismantle U.S. sugar policy without concessions from foreign governments only puts America at a distinct disadvantage. Farm Policy Facts agrees wholeheartedly with Rep. Yoho: we stand with American workers over foreign cheaters.

If cotton production leaves our state and local communities, the infrastructure of cotton gins, warehouses and associated businesses will go with it, and history tells us it will not return.

Narobi is a good first step that publicized some of the schemes America’s competitors use to manipulate markets, and it proved that global reforms are possible.

From continued attacks on the farm safety net in Washington to a sour farm economy, Farm Policy Facts takes a look at the top agriculture stories of 2015.

The National Crop Insurance Services (NCIS) recently released a new educational video to illustrate how Americans benefit from crop insurance and to push back on the tactics of farm policy opponents who try to misrepresent the facts surrounding crop insurance and other important facets of U.S. farm policy.

In the midst of dire economic conditions, U.S. cotton farmers can find encouragement from a growing chorus of support for a proposal to help mitigate their current financial struggles.

#ICYMI: Insurance on crops boosts farms of all sizes

Now is the time to protect the one thing beginning farmers and their bankers can count on.

It is a fact that strong farm policy and support for crop insurance goes beyond the farmer, not only benefitting rural America but consumers as well.

As President George W. Bush once said, “A nation that can feed its people is a nation more secure.” But, the reality is, the more we chip away at the investment in our national food and fiber supply, the more vulnerable we become.

ICYMI: History Demonstrates the Importance of a Farm Safety Net

If my family had kept the farm, I would have been a fourth-generation farmer of a grain operation. But they couldn’t.

“It ain’t over till it’s over,” said the great Yogi Berra. He was referring to the New York Mets’ season in 1973, but the sentiment could easily describe the fight to stave off cuts to federal crop insurance this year.

Rather than stack the deck against agriculture, let’s ensure farmers and ranchers have the tools they need to feed the world.

Our View: An Attack On One Farmer’s Policy Is An Attack Upon All

The Farm Bill is needed now more than ever, and no thinly veiled plot by anti-farmer forces to pry open the Farm Bill is acceptable. An attack on one farmer’s policy is an attack upon all as far as we are concerned.

ICYMI: ‘Agriculture, as whole, rose up and said enough is enough’

“Agriculture, as a whole, rose up and said enough is enough,” said Steve Verett, the Executive Vice President of the Plains Cotton Growers.

As Congress prepares to vote on a budget agreement that includes cuts to a key component of the farm safety net, Larry Combest, the former chairman of the House Committee on Agriculture and the Select Committee on Intelligence, makes clear to lawmakers what is at stake if it comes to pass.

Without any consultation with America’s farmers, or apparently even elected leaders from rural America, a handful of lawmakers fast-tracked a new budget proposal that would decimate crop insurance.

The full-scale reality of what American farmers are up against when it comes to competing with foreign treasuries rather than foreign farmers was the topic of a hearing at the House Committee on Agriculture this week.

“2011 was a game changer. It altered the lives of all of us in production agriculture,” explained Rick Kellison, the project director of the Texas Alliance for Water Conservation (TAWC), during a farm tour near Lubbock, Texas where the Southwest Council of Agribusiness (SWCA) convened its annual meeting last week.

The next few years very well may be defining for the future outlook of agriculture. And the whole world has a lot riding on the outcome.

The importance of crop insurance to meet the needs of a growing world population took center stage this week in Kansas City as agricultural leaders from more than 30 countries gathered for the International Association of Agricultural Production Insurers (AIAG) to learn more about the American system.