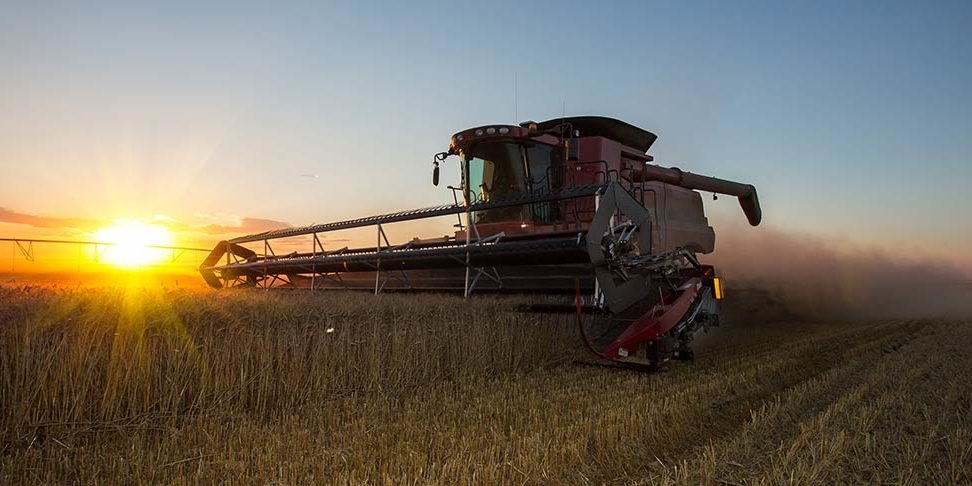 Editor’s note: It’s been a hard year for the nation’s wheat farmers. Against a backdrop of disasters, falling prices and the lowest number of wheat acres under cultivation in U.S. history, wheat farmers have been making the rounds in Washington to explain the importance of a strong farm safety net in the upcoming 2018 Farm Bill. This is the last in our five part series.

Dave Milligan’s family farm has about 4,000 acres in Michigan. His father was a farmer as were both his grandfathers. His son is now running the day-to-day operations. They farm wheat, corn, soybeans and edible beans.

The winter wheat harvest wrapped up in the second half of July. Yields were good but not as good as last year.

“We had an excellent year last year so it’s hard to take a little decrease,” he said with a laugh.

Milligan has been watching the growing debate over the Farm Bill, and is concerned about the talk of funding cuts.

“When the last one was written, farming was really good and they made a lot of cuts,” he said. “Now before they even started the next Farm Bill they have taken drastic reductions. And they are talking about further reductions, which is kind of ironic. I get a little tired of agriculture taking the hits.”

Milligan said spending on research and technology in the Farm Bill is more important than ever. It’s one of the main ways to increase the number of acres under wheat production. Those acres have been declining in recent years.

Meanwhile, corn and soybeans, which received a lot of research attention and funding, are seeing more acres planted.

“When you look at wheat, the yield advances have not improved compared to the other crops which makes it hard for wheat to compete economically as a crop to grow. It’s hard to be a grower if you are not profitable,” Milligan said.

The key is research funding, which goes mostly to academic institutions.

Wheat has plenty of diseases and production challenges to solve, he noted.

Wheat is complex and studying the plant is slower than the work required for soybeans and corn. But, U.S wheat must remain high quality and that takes research.

“We have to be competitive,” he said. “Half the wheat we grow gets exported so we have to compete in the world market.”