Editor’s Note: Farm Policy Facts is proud to publish this editorial in support of America’s farmers and ranchers from Rep. Ted Yoho who represents the Third District of Florida and serves on the House Committee on Agriculture. Congressman Yoho originally wrote the piece as a response to a December editorial published in the National Review that called for the end of U.S. sugar policy even as foreign governments are subsidizing their farmers to the point of distorting the world sugar market.

The National Review refused to publish Rep. Yoho’s editorial, but Farm Policy Facts believes it deserves space and attention because it thoughtfully explains what American farmers and ranchers are competing against on a global scale. To dismantle U.S. sugar policy without concessions from foreign governments only puts America at a distinct disadvantage. Farm Policy Facts agrees wholeheartedly with Rep. Yoho: we stand with American workers over foreign cheaters. 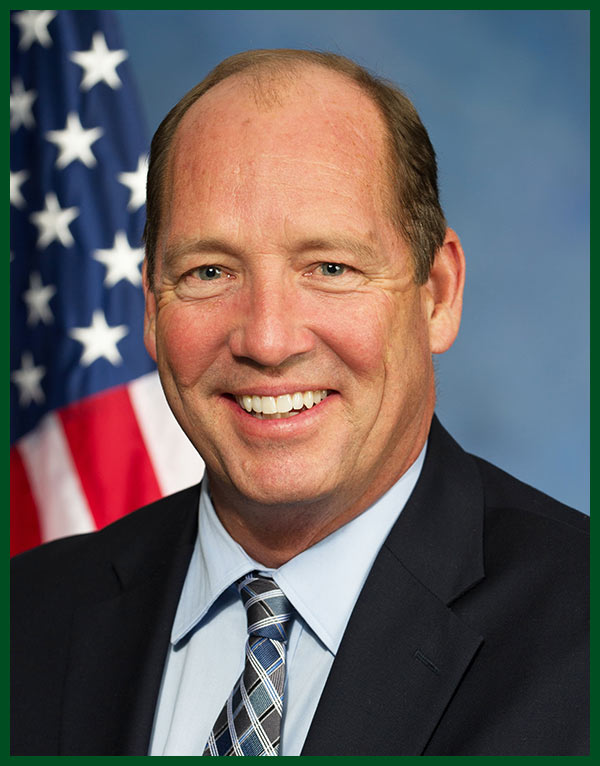 To aid an inefficient industry, which was largely government owned and operated, Mexico subsidized sugar production. Then it broke longstanding international trade rules by dumping that sugar in the United States at a price that was below Mexico’s cost of production.  This action cost U.S. businesses $1 billion and threatened to collapse the entire North American market.

Not to be outdone, Thai government forces forked over at least $1.3 billion from federal coffers to help its industry grow despite high production costs and a climate unsuitable for sugar production.

And let’s not forget Brazil, the OPEC of sugar trade, which controls half of all global exports.  Its $2.5 billion a year in subsidies and currency devaluations have placed competitors in an unwinnable position and put an unstable Brazilian economic and political system in control of a major food ingredient.

Sugar is the most distorted of all world commodity markets.  Because of foreign cheating, current prices are not even half world average production costs.  In other words, no one is making money from the sugar market; they are making money from government subsidies.

Congress currently has two options before it on how to address the situation.  The approach I prefer, along with numerous other conservative colleagues, is called the Zero-for-Zero sugar policy.

It would task U.S. trade negotiators with targeting the tactics foreign countries use to cheat and manipulate the market.  It recognizes that U.S. sugar policy should be eliminated, and it enables America to use the rollback of our policy as leverage to achieve real global reform.

U.S. sugar policy is based on loans that are fully repaid with interest. It runs in conjunction with our trade agreements that grant significant market access to 41 countries around the world while acting to curb heavily subsidized and dumped imports.

That is why it operates without taxpayer cost, and why it would be unneeded if foreign subsidies faded and world prices rose to reflect actual market conditions.

The second approach, which was chronicled by the National Review on December 2, completely ignores the subsidized foreign countries that account for 100 percent of global exports.  It simply eliminates U.S. sugar policy and invites a flood of foreign government-funded sugar to cascade onto the U.S. market.

This is obviously favored by multinational candy and soft drink companies that want artificially cheaper ingredients to boost profits.  There is nothing wrong with big businesses wanting to make more money, but doing so at the expense of hard-working Americans does not abide by basic conservative principles.

The unilateral disarmament approach rewards foreign cheaters for bad behavior.  It cannibalizes an efficient U.S. industry that employs thousands.  And it does nothing to get governments out of the marketplace.

Plus, let us not forget our past history of unilaterally disarming sugar policy.  America actually got rid of its policy in 1974, 1979 and 1980, and U.S. consumers got burned by the volatility of the subsidized world market.

Europe, too, dismantled its sugar policy in favor of subsidized foreign sugar in 2006.  And Europe, too, saw consumer prices increase after domestic sugar mills closed and 120,000 workers lost their jobs.  This would happen in the U.S. market as well.

Meanwhile, the jobs claimed to be lost by U.S. food makers are not due to the price of sugar, but because of U.S. labor laws, regulations and an unfavorable tax code – issues that should be addressed.

Part of being a true conservative, is believing in American exceptionalism and the ideals of freedom and fairness.  It also means standing up for what is right, even if some others want to criticize you for it.

That is why I will never apologize for choosing American workers over foreign cheaters when it comes to the sugar policy debate.  I’m just saddened that any other conservative would choose differently.