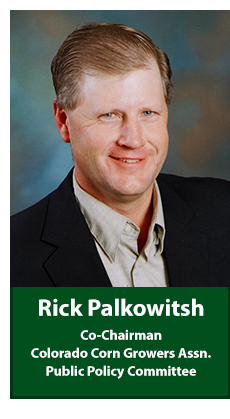 Colorado’s farmers and ranchers are at risk of a lot more than just drought and hailstorms nowadays. We are also fighting a flood of new global subsidies and predatory trade practices that have the potential to leave us out in the cold.

The sharp rise in foreign subsidies and trade abuses was on full display recently in the House Agriculture Committee during a first-of-its-kind congressional examination of the tactics used by China, India and others to gain a competitive advantage.

During that hearing, U.S. lawmakers rightfully cried foul. The panel’s top Republican and Democrat both suggested it was time to challenge foreign subsidies in the World Trade Organization. They are right.

China now devotes $109 billion a year to support for corn, wheat and rice, and India is plowing nearly $50 billion a year into subsidies – both outspending America many, many, many times over.

And that’s just the subsidies for three crops in two countries. There are other big subsidizing countries and huge outlays for sugar, cotton and other crops, too.

When you hear stats like these, it is almost unthinkable that there are continuing calls for unilaterally disarming U.S. farm policies emanating from D.C.

But that is exactly what is happening, as a handful of inside-the-Beltway think tanks and special interest groups have launched yet another attack on America’s farm policies even before the ink is dry on the 2014 Farm Bill.

These critics conveniently ignore the monumental reforms and transformations that U.S. farm policy has undergone in recent years, and they pretend that American agriculture is not part of a global market that is affected by our competitors.

Instead of attacking agriculture, people should applaud all that America has accomplished on the farm policy front. Farm policy spending in this country has gone down. We have removed the government from planting and marketing decisions, and we have eliminated the old system of direct payments to farmers.

America now embraces crop insurance, which is funded in part by farmers and is financially backed by insurance companies to reduce taxpayer burden and minimize taxpayer risk exposure.

U.S. farmers now contribute nearly $4 billion from their own pockets to buy discounted insurance policies administered by efficient private-sector companies. In other words, we usually get a bill in the mail instead of a check.

And policies are offered on more than 100 different crops, meaning U.S. policy is more available and open to everyone regardless of what you grow, where you grow it or who you are.

Unfortunately, agricultural critics are aiming to weaken the crop insurance system with legislative proposals that make policies unaffordable and unavailable to many and make participation from private-sector insurers less economically viable.

It’s a shortsighted plan, and it will not lead to freer markets as some claim because U.S. farm policy isn’t the problem.

China now accounts for one-third of global agricultural subsidies and spends as much as five times on farm supports than we do.

Unilateral disarmament will do nothing to help U.S. consumers or a U.S. economy that depends on a thriving agricultural sector. It will only reward China and other bad actors, while leaving hardworking American farmers powerless the next time storm clouds gather.