ICYMI: History Demonstrates the Importance of a Farm Safety Net

If my family had kept the farm, I would have been a fourth-generation farmer of a grain operation. But they couldn’t. 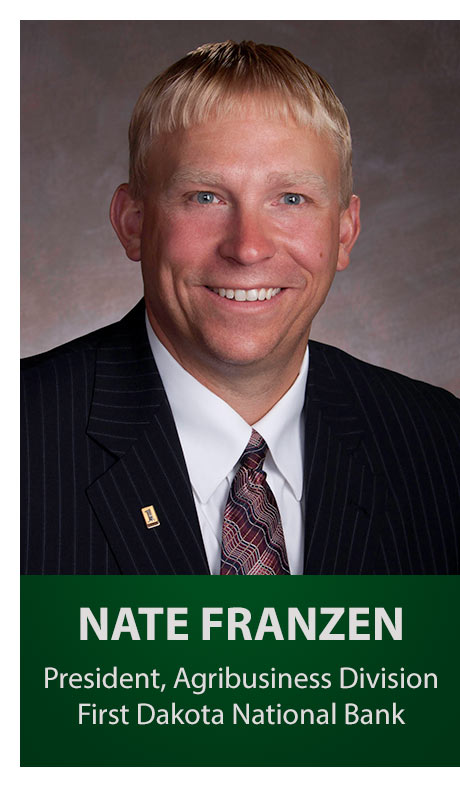 The ’80s were not kind to us, and my family made the difficult decision to exit the business. They were not alone. Some statistics show public farm auctions numbered around 500 a month during the darkest days of the decade, with hundreds of thousands of farmers defaulting on their loans. Nearly 2,000 banks failed or received assistance through the Federal Deposit Insurance Corporation between 1980 and 1994, which is more than any other period since the FDIC was created.

Watching my family and neighbors go through this kind of torment made an impression. It’s one of the reasons I am passionate about what I do today. It is a high priority for me as an agricultural banker to do everything I can—not only as a provider of capital and traditional banking products, but a provider of expertise and counsel—to help farmers make the right decisions about their operations. I want them to be prepared for a crisis.

Fortunately, for farmers today there are more tools available to manage the risky business of farming than there were a few decades ago. One of those tools is crop insurance, which has improved significantly through the years to become one of the key pieces of the farm safety net. Farmers have to invest so much money to grow a crop that they rely on banks for operating loans. Banks would have a hard time making those loans without assurance farmers would have a way to pay it back if a natural disaster struck. Crop insurance enables everyone—from the farmer to the banker—to plan for those disasters.

Additionally, crop insurance is structured in such a way that spreads risk across a large and diverse pool of participants so that the impact of losses from a disaster is minimized. That’s because it is widely available and affordable for producers all across the country regardless of their farm size. Without this kind of farm safety net for all of our farmers, large production losses could set in motion a series of events reminiscent of the 1980s when farms failed and banks were stressed to the point of shutting down.

Therefore, it’s critical crop insurance remain intact. Something that seems harder and harder to do in today’s political environment where opponents are determined to destroy the one thing farmers can count on during tough times.

We saw their work in full force during the latest budget agreement that was negotiated at the last minute and included cuts to crop insurance. Thankfully, the agricultural community responded in equal force and demanded the cuts be reversed. Lawmakers are expected to address this provision in the next omnibus spending bill.

We do not want to repeat the mistakes of the past where harsh economic conditions combined with an inadequate safety net caused producers to leave the farm altogether. Right now, we have farm policy in place that encourages sound risk management practices and helps farmers to position themselves for the future.

In the midst of the crisis as he signed the 1985 farm bill, President Ronald Reagan said, “This country is nothing without the farmer, and those who work the land have the right to know that there’s a future in farming. Their children have the right to know that they’ll still be able to work the family farm generations from now and make a decent living.”

By then it was too late for my family and countless others to continue farming, but if we’re smart, we’ll learn the hard lessons from the past so future generations can continue.

Indeed, we are nothing without farmers. And, they can’t survive the vagaries of the business without sound farm policy.

Nate Franzen is the President of the Agribusiness Division at First Dakota National Bank in South Dakota. He has worked in agricultural banking for more than two decades.