It is not often when we can so objectively fact-check a claim made in Washington.

We are deluged with a cacophony of voices during debates on legislation, each claiming to be authoritative. But when the debate is over, everyone forgets the claims made. 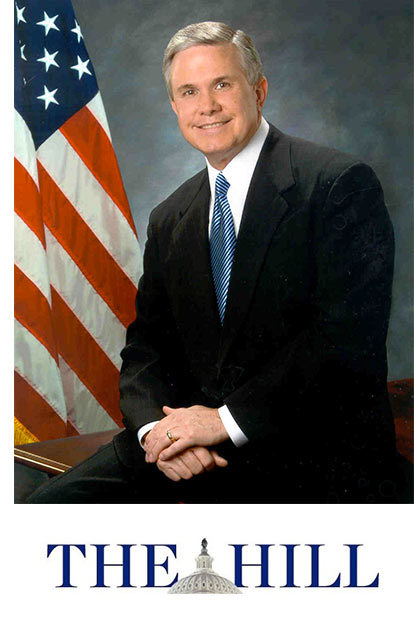 One claim during the farm bill debate was that, by unilaterally ending or sharply cutting U.S. farm policy, the United States would achieve credibility on global trade such that it would cause other countries to follow.

Well, since passage of the farm bill – when lawmakers agreed to cut $23 billion, mainly from agriculture – four reports have been published illustrating that the opposite is happening.

On April 15, J. Wesley Burnett of the College of Charleston prepared a report on behalf of the Americans for Limited Government, citing the bad behavior of our trading partners (as well as some bad U.S. behavior on tax and environmental policies) and concluded that the United States cannot unilaterally disarm because it would put our producers at a competitive disadvantage. Instead, Burnett called on the U.S. to take a hard line to ensure foreign competitors do not continue to violate their trade commitments and prevent the world from moving closer to a free market.

A month earlier, Texas Tech University updated its Foreign Subsidies Database. And, in November of last year, DTB Associates issued its foreign subsidies update. Each of these reports confirmed the findings of the other two, documenting sharply rising foreign subsidies and tariffs, with DTB observing that many countries, including communist China, are exceeding permissible support levels under their trade commitments and are delinquent in complying with annual reporting requirements.

In short, our trading partners are not following America’s example; they are cheating.

So, a claim was made and now the verdict is in. We know that the United States cannot unilaterally disarm America’s farmers and ranchers and expect the world to simply follow.

Unfortunately, “I told you so” is not gratifying. In Washington political circles, winning an argument is everything. And, in the policy realm, in a town up to its eyeballs in reports, these are just four more.

But to American farmers and ranchers, the statistics hit home in the form of a 43 percent drop in net farm income, and the victory feels hollow.

Regarding cotton, China amassed 50 million bales into a reserve over four years. Fourteen to 24 million bales came from the global market, rallying global prices. But recently, China changed gears, shorting imports while encouraging domestic overproduction with a price guarantee for its producers at around $1.40 cent per pound, causing global prices to plummet to the 60 cents range. This has wreaked havoc on U.S. cotton farmers operating under a new policy largely predicated on the promise of a free market. Many of these producers are also contending with multiple years of severe drought.

Meanwhile, two years ago, Mexico overproduced sugar by about 1 million tons, but kept Mexican sugar prices up by dumping that surplus, plus some, onto the U.S. market. U.S. sugar prices nosedived. The U.S. government ruled that Mexico, which owns one-fifth of its sugar industry and subsidizes all of its industry, was illegally subsidizing and dumping, and by huge margins. And Mexico is not alone in its rich subsidies, with rivals on the world stage like Brazil, Thailand and India.

According to DTB Associates, these last three countries, plus China and Turkey, have all exceeded their permissible World Trade Organization (WTO) support limits, while four of the five are also illegally subsidizing their exports of wheat, sugar, corn, rice and wheat flour. China’s and India’s rice policies alone are distorting global markets and whipsawing U.S. rice producers. The study goes on to note that most of these countries are delinquent in reporting their subsidies to the WTO and are using bogus methodologies to understate support when they do report. China has apparently not made good on its annual report in four years and, even then, covered subsidies in effect three to six years prior to when the report was made.

The upshot is that while Washington was busy working on a farm bill containing reforms and savings, our trading partners have been busy, too — erecting a full range of barriers, from the sanitary and phytosanitary kind erected to lock out U.S. beef, poultry and pork to nonsense biotech objections and heavy (and apparently illegal) subsidies.

Maintaining a modest response to the cheaters by preserving U.S. farm policy is not only the right thing to do, it is also an essential means of maintaining support for trade and the only leverage the United States has in getting our trading partners to one day tear down the walls they have been so busy building.

Combest represented the 19th Congressional District of Texas from 1985 to 2002 and chaired the Select Committee on Intelligence and the Agriculture Committee. He is now a principal at Combest Sell & Associates.