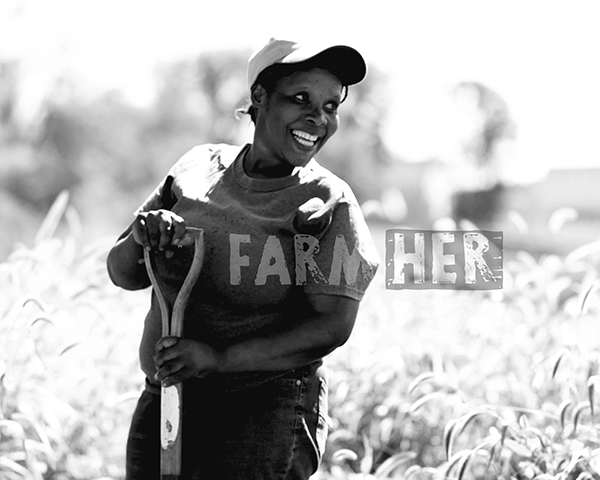 This realization happened simply enough after watching a Super Bowl commercial – the one that featured Paul Harvey’s iconic speech, “So, God made a farmer.” As a photographer, Guyler-Alaniz admired the beautiful scenes depicted, but noticed that there were very few pictures of women despite the fact that they represent 30 percent of all producers in the country.

“It’s common knowledge that women are an integral part of nearly every farm in America, but we don’t see that,” Guyler-Alaniz explained during a presentation this week at the annual meeting of the American Association of Crop Insurers and the National Crop Insurance Services. “So, I decided it was time to change that.”

So the mother of two kick-started a new cause and career where she travels around the country snapping active shots of women producers and showcasing them on a website cleverly named, FarmHer.

“Because what better way is there to show people how actively involved women are in agriculture than to put the images out there,” Guyler-Alaniz stated to the group as she scrolled through a PowerPoint production filled with some of her favorites.

In three years time, she has photographed more than 100 women farmers and ranchers as they completed their every day chores on the farm. She has many others volunteering to join the cause. She has been featured in countless news articles ranging from The Oprah Magazine to The Des Moines Register. And, most importantly to her, the effort has grown into an online community for women to share experiences and celebrate the determined spirit of the woman farmer and rancher. 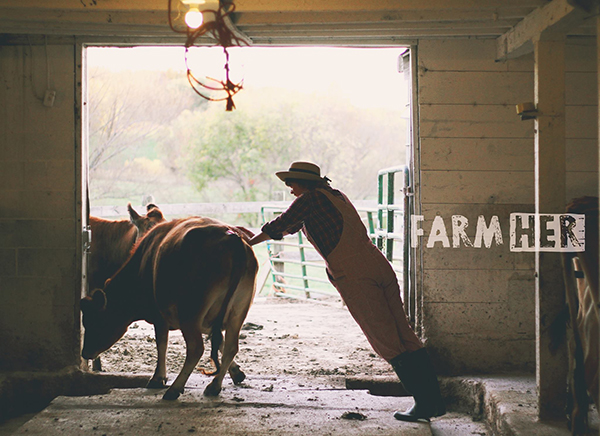 “We need more people going into food production. And, I hope the photographs create an awareness and an appreciation – that those women who work in agriculture have value.”

It’s a “lofty goal” to change common perceptions she readily admits, but one that she is fully committed to lest anyone dare ask, “Where are the women in agriculture?”

A quick Google search will reveal that one can find them – easily – on the farm.

FarmHer is just one example of an effort to promote women in agriculture. In the coming weeks, Farm Policy Facts will be highlighting others and their work to bring attention to the roles women play on America’s farms and ranches.