“2011 was a game changer. It altered the lives of all of us in production agriculture,” explained Rick Kellison, the project director of the Texas Alliance for Water Conservation (TAWC), during a farm tour near Lubbock, Texas where the Southwest Council of Agribusiness (SWCA) convened its annual meeting last week. “There had to be some tough decisions on which crops to abandon and which crops to continue, and that’s not something we want to do.” 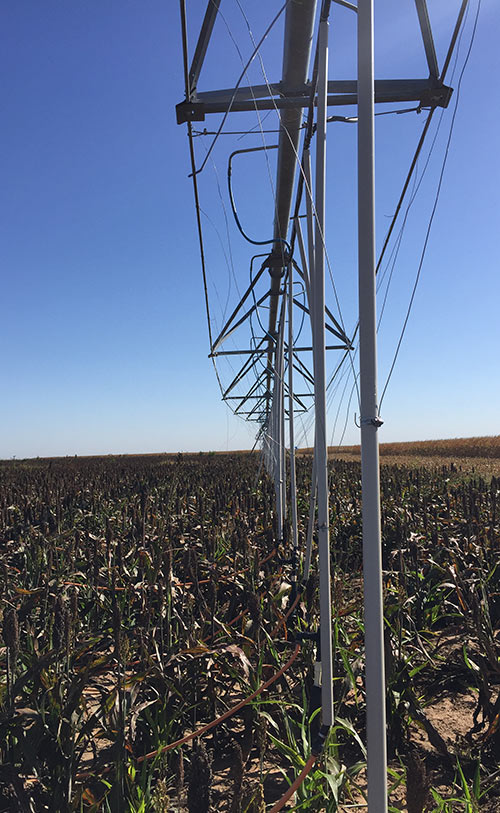 But, tough decisions come with the territory for farmers living in Texas even without a historical, nationwide drought like the one in 2011. This is an area where the rainfall is measured in inches, not feet, and farmers are largely dependent on irrigation water that flows from the Ogallala Aquifer. While it is one of the world’s largest aquifers stretching from Texas to South Dakota, it does not possess an unlimited amount of groundwater.

For these reasons, a group of enterprising farmers, community leaders, university researchers, government agencies among others banded together to create the TAWC with the intent of enhancing water conservation efforts. Kellison, along with some of the producers participating in the project, were able to give on-farm demonstrations to Congressional staff, members of the press, and other participants ahead of the SWCA meeting.

“Our goal is try to extend the life of the aquifer for many years to come so it can be a viable economic impact on the region because agriculture is our primary industry,” said Kellison while visiting one of the farm sites.

The project, which began in 2005 in two counties with roughly 20 producer participants who grow cotton, corn, sorghum, wheat, and some specialty crops, monitors water use, soil moisture depletion, crop productivity, input costs, and economic return. The data collected is designed to better understand how much water is needed to grow a given crop so that irrigation water can be better managed.

“Every technology that we can offer a producer to help him understand both how much that crop actually needs, how much the crop is using on a daily basis, and when to apply water and when to stop irrigation allows us to use less water,” explained Kellison.

But, beyond using less water, the producer is able to make informed decisions about production and input applications, which helps maintain individual farm profitability. 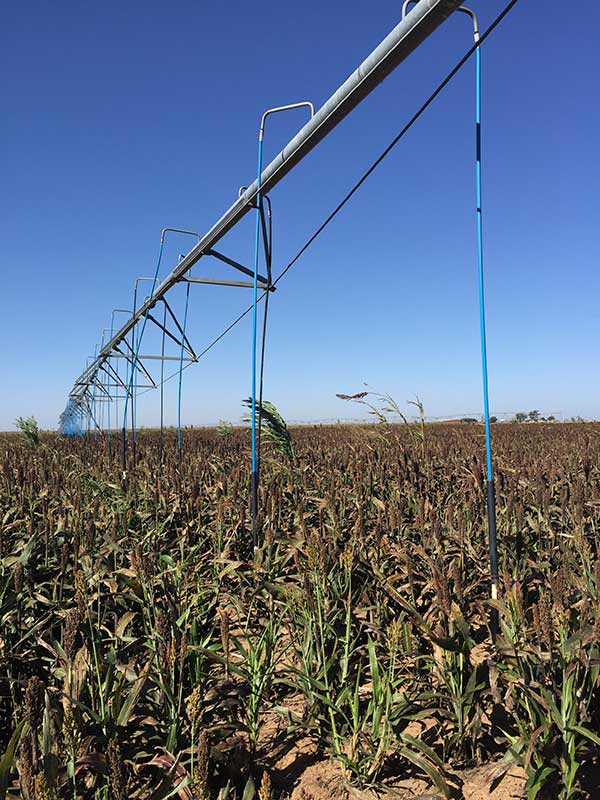 “That information has been vital for us, especially here in this area where our water level has dropped,” said Eddie Teeter, a producer from Floyd County Texas – one of the first counties to participate in the project. “We’re using less water than we had available to us 10 years ago. And, we’re learning to be more efficient with the water and learning what crops will produce the most income on a gallon of water.”

Today, the project has expanded into seven additional counties in Texas. The group is also reaching out to others who could learn from their efforts. Recently, TAWC developed a relationship with the Nebraska Water Balance Alliance to collaborate on finding practical water solutions.

“We are just now starting to show trends of water use, effects of drought, changes in cropping patterns not only from a market’s price function, but from water use and efficiency,” added Glenn Shur, a Plainview, Texas producer. “Continuation of the effort would benefit us all.”