Field to Fabric: Cotton Growers Depend on Efficient Infrastructure 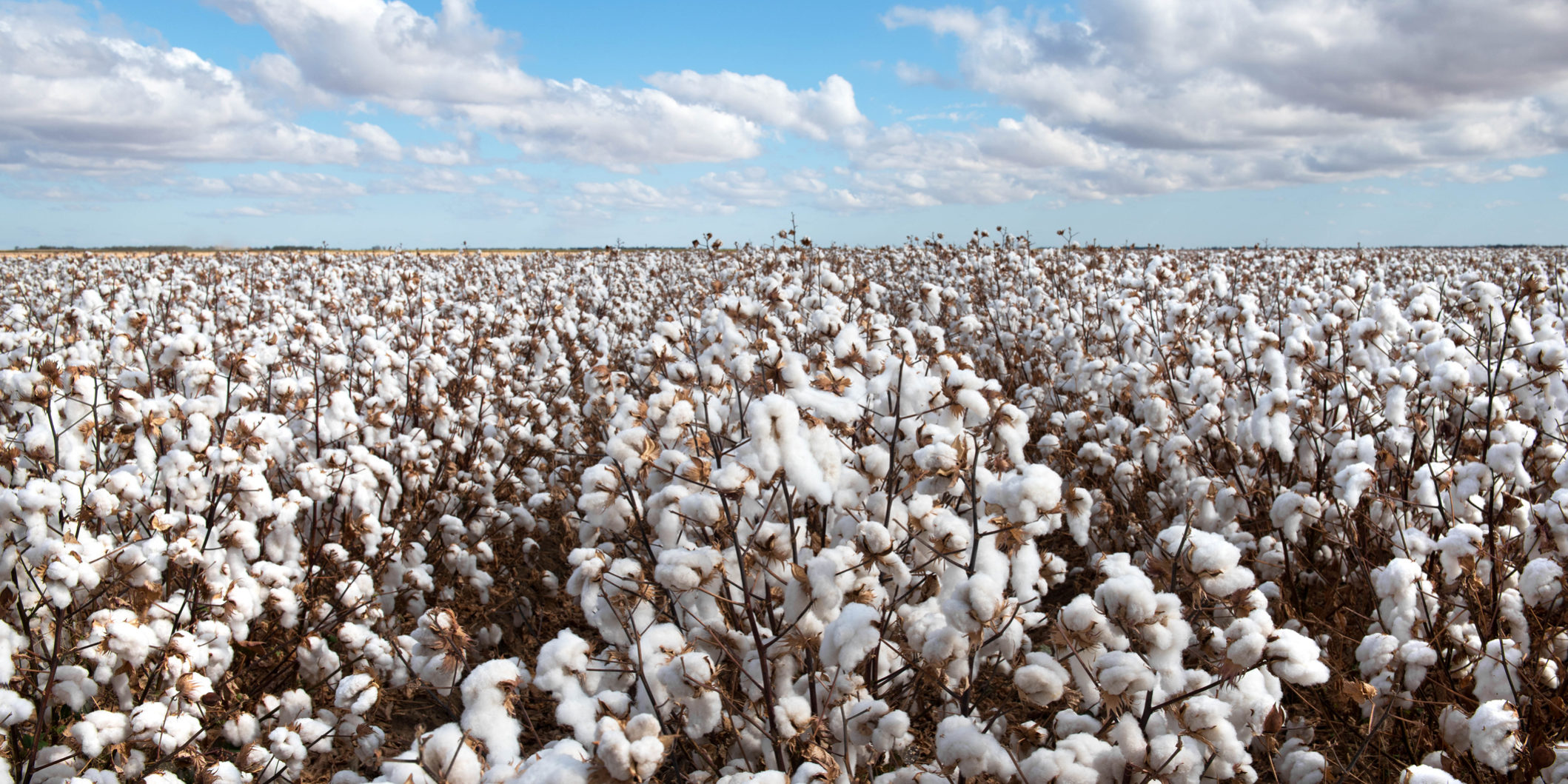 America’s farmers don’t just feed the world – they clothe the world, too. America leads the way in the global cotton market, providing approximately 35 percent of global cotton exports, according to the U.S. Department of Agriculture.

Each bale of cotton has a long journey from field to fabric, making reliable infrastructure critically important for America’s cotton growers.

“The one thing that we know is that we do have to have trade. Especially us in agriculture… We have to plan for the future, these won’t be quick fixes,” Brinkley explained.

As a grower-owned marketing cooperative, PCCA takes the cotton produced by farmers in cotton-rich Texas, Oklahoma, Kansas and New Mexico and moves it to market. Most of that cotton is exported overseas.

“Around 85 to 90 percent of our cotton goes offshore to be produced into textiles and apparel. That means we have to move several million 500-pound bales from [Texas or Oklahoma] likely to a destination in Southeast Asia,” Brinkley said.

Cotton is moved from the field to a warehouse where it is loaded onto a truck or train, transported to a coastal California port, shipped overseas, transported to a textile mill and transformed into a t-shirt or a pair of jeans. The whole process can take up to two years, with a trail of jobs and economic activity all along the way.

PCCA utilizes cutting-edge technology to increase efficiencies and reduce the time (and cost) that it takes to get cotton into the hands of customers.

“We know where every bale is basically from the time it hits the ground out of the back of a harvester to the time that it gets through the gin and into the warehouse,” Brinkley said. “The sooner we know what’s coming from the producer, the sooner we can sell that.”

The cooperative has also invested in rail capacity to quickly move cotton to California ports. Once at a port, however, cotton exports – like many other agricultural exports – are facing unprecedented challenges.

Aging infrastructure and COVID-19 placed pressure on already stressed ports. Now, ships are choosing to return to Asia empty in order to quickly restock with high-value items like electronics rather than wait to load agricultural goods.

A bipartisan group of more than 100 members of Congress recently sent a letter to the chair of the Federal Maritime Commission calling attention to this pressing issue.

“Over the past year, American producers, exporters, and entire economic sectors have grappled with widespread delays, bottlenecks, and increasing fees at our ports. These challenges are exacerbated by reports that [vessel-operating common carriers] are delivering shipments to U.S. ports and then electing to leave without refilling empty containers with American goods for export,” they wrote.

“With more than 20 percent of U.S. agricultural production aimed for export, reaching foreign markets is essential to American producers and the viability of our agricultural sector at large.”

The problems facing agricultural exports at America’s ports – and the broader infrastructure challenges across America – will be an issue closely watched by America’s farmers and ranchers as Congress debates future spending.

Because from tractors to trucks and trains to transport ships, American agriculture relies on infrastructure.