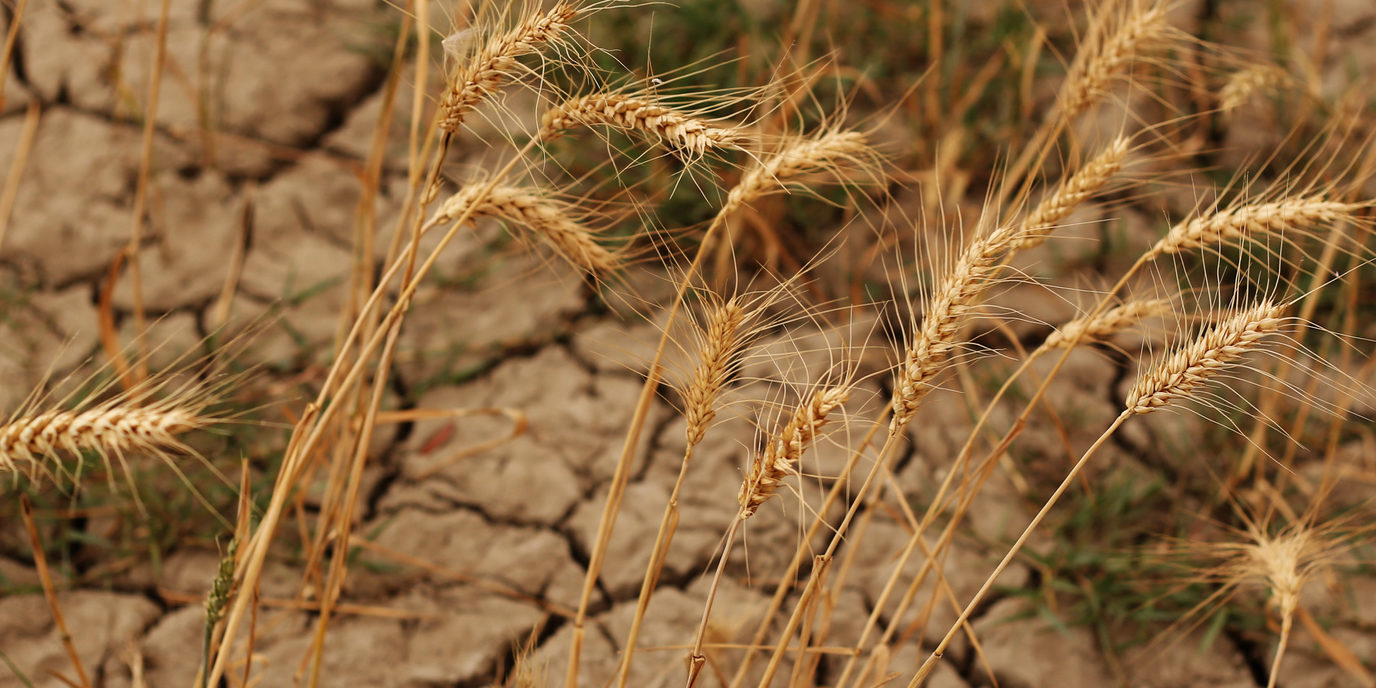 Farm Policy Facts shares this guest column, written by Chandler Goule, CEO of the National Association of Wheat Growers (NAWG). NAWG is the primary policy representative in Washington D.C. for wheat growers, working to ensure a better future for America’s growers, the industry and the general public.

Nearly half of the United States is experiencing one of the driest years they have seen, and wheat crops are feeling the stress. Farmers from the High Plains and the West are seeing the immediate impact from the lack of water, and it’s not pretty.

Wheat crops rely on stored soil moisture and timely rains, and drought stress has a negative impact on crop growth and yield. Our Vice President, Nicole Berg, sent me images showing the difference between this year and 2017. The visual is compelling and shows the significant effect the drought is having on the fields. The density and height of the crop are significantly reduced compared to where they should be.

“It is painfully dry around here. The wheat heads don’t even have kernels in them,” Nicole said. Nicole is a fourth-generation, dry-land wheat farmer in southeastern Washington state. She is not alone in the Pacific Northwest seeing these characteristics. We have been hearing about several counties that are experiencing the same conditions and are requesting state drought declarations.

After Nicole sent her crop pictures, NAWG launched a social media drought campaign on Twitter, LinkedIn, Facebook and Instagram to raise awareness of the drought. We saw images from Texas, Idaho and Oregon showing how the drought has impacted the farmers in each state.

A year like this shows the importance of crop insurance. While scientific and technological advancements have enabled producers to increase production efficiencies, farmers are still uniquely vulnerable to crop production losses from drought and other events that they have no control over. NAWG continues to work with growers and fellow ag organizations and government entities to improve and safeguard these tools, which play a vital role in helping farmers. Most recently, we saw President Biden’s fiscal year (FY) 2022 budget, which includes no cuts to crop insurance. NAWG was pleased to see this shift from past budget proposals from both sides of the political aisle, and we will continue to support this critical program and support enhancements that work for wheat growers.

It is also crucial farmers understand their insurance policy, what it covers, and what needs to be done as a policyholder. Communication with their crop insurance agent is the best way to get questions answered when crops are drought damaged.

Resources like the U.S. Drought Monitor are a great way to keep up with the drought and we encourage our farmers to refer to the map on Thursdays when the drought monitor is updated.

The ongoing drought is a great example of the uncontrollable and unpredictable challenges farmers face every day. I hope the social media campaign shined a little light on some of the situations farmers find themselves in so we can all be a little more aware and appreciative of the work they do to feed everyone.