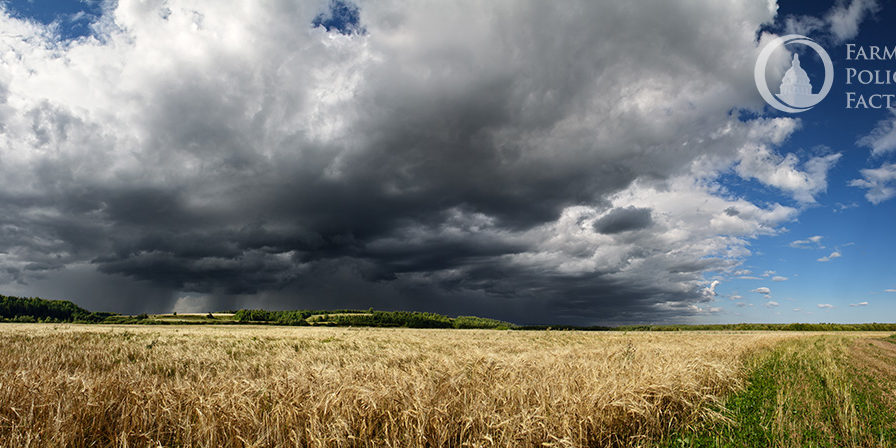 The beginning of each year is a time when we all take stock of the past, and make our best plans for the future. That is certainly what farmers and ranchers are doing right now with the 2016 crop in the bin and the 2017 budgets (and meetings with their bankers) ahead of them. They are also anxiously watching what happens in Washington, D.C. with a new administration and a new Congress in charge and the impact this will have on regulatory and tax policies, as well as writing a new farm bill before the current law expires in a year.

Discussions about the farm bill reauthorization process are already underway. And, Senate Agriculture Committee Chairman Pat Roberts recently announced the first farm bill field hearing to be held next month. Roberts says he is “heading straight to the heartland to talk directly to producers.” He and his colleagues are sure to receive some straight talk about the realities of the farm economy. Below is a quick readout of what they might expect to hear from the countryside.

It has been was a tough year for U.S. farmers and ranchers across the country. Although farmers produced another bounty, collapsed prices have hurt their bottom line and presented a real challenge for the family businesses that make up the farm sector. Consumers have been largely insulated, and have even marginally gained, from this reality as consumer prices for food products declined 2.2% for food consumed at home and 0.4% overall. But the reality for the producers was pretty grim.

Meanwhile, the Federal Reserve Bank of Kansas City has reported that the volume of new farm loans has dropped by 40 percent from a year ago – representing the “largest year-over-year decline in nearly 20 years.” This decline is attributed to tight profit margins causing nervous bankers to respond with adjustments to loan terms.

Little Hope for Higher Prices in 2017

Future prices are always hard to predict. The market will change between now and planting, and certainly over the growing season, but right now the outlook does not look better for 2017. A recent story in DTN-The Progressive Farmer titled “Corn’s Not-So-Great Expectations” notes that USDA’s January estimate for corn’s average farm price for the 2017 crop (between $3.10 and $3.70 per bushel) is its “lowest expectation for corn prices in 10 years.” The world depends on American farmers to plant and harvest their crops. But, at current prices, they will be doing so at a loss.

While the nation has long stood by her farmers through policies designed to assist them when prices collapse or when weather disasters strike, this safety net is always under attack by professional critics and faces further reductions. The billions of dollars in cuts made in the 2014 Farm Bill left some critical holes that have yet to be filled — for dairy and cotton farmers especially. What is more for 2017, the Agriculture Risk Coverage (ARC) program, which covers the majority of acres, will be diminished due to a decline in its trigger prices of rolling averages in the face of depressed market prices. Farm policy investment has remained low by historical standards even during these past four years of decline, and now it is diminishing further at a time when it is needed most.

The sum of this is that American agriculture is hurting. This does not mean that thousands of entrepreneurial farm families will not give it their best shot again in 2017. They will be searching for ways to cut costs, increase efficiencies, and minimize losses with the hope of increasing returns this year.

Even during times of higher commodity prices in the past, Americans still enjoyed the lowest prices for food and basic necessities of any society. That is in no small part due to our continued commitment and investment in sound farm policy. Given the current state of the farm economy, hopefully our appreciation will grow for the steady work and sacrifices made by our farmers as well as a keener appreciation for the importance of a viable farm safety net that ensures the stability of American agriculture.