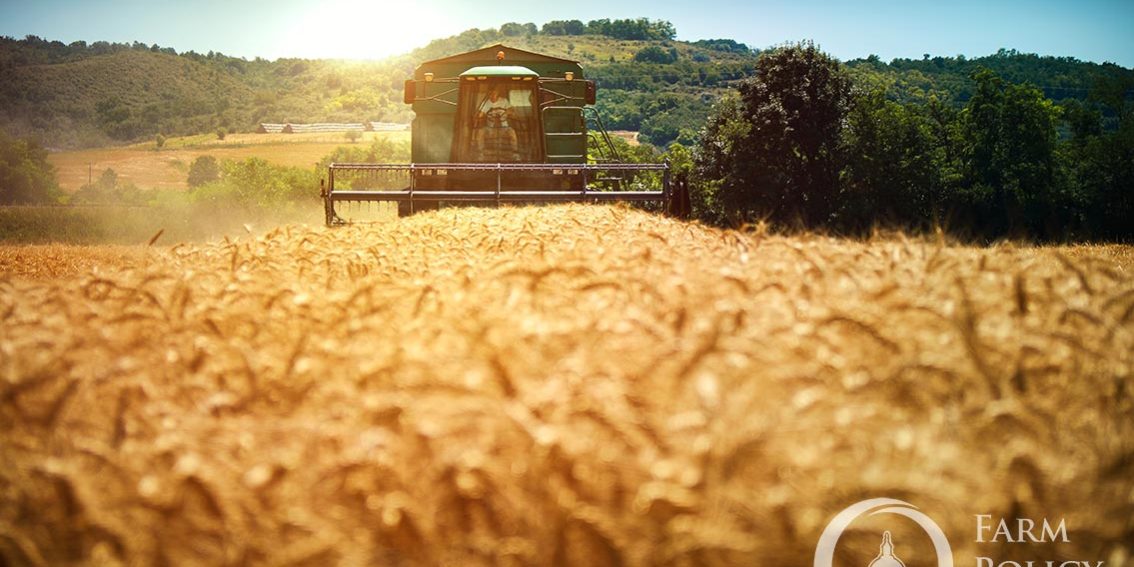 These families are leading the way in productivity while using fewer land and water resources, as well as other inputs.  This is critically important for a growing world population that will soon reach 9 billion people. This ability to produce our food and fiber is a real source of peace and stability for our country and much of the world.

Yet, the libertarian right and the extreme left relentlessly attack vital U.S. farm policies through think tanks in Washington that have degenerated into front groups for high dollar donors with their own legislative agendas. In this case, that agenda is to eliminate the farm safety net and jeopardize our secure national food and fiber supply.

The most recent example is from the Heritage Foundation, which published a couple of papers recycling some of their old ideas and followed up with a briefing on Capitol Hill to tout the papers’ purported findings. At the Hill briefing, the risks of farm and ranch families were actually compared to the risks of a singer whose music might one day fall out of fashion.

This is what passes as serious public policy discussion?

Thankfully, the facts are on the side of America’s farm families.  As we head into the 2016 fall harvest, we want to highlight some key facts:

However, given the crash in commodity prices that has occurred since the 2014 Farm Bill was signed into law and the needed support that will be provided by it to stave off a farm financial crisis, Farm Policy Facts is confident that the professional critics will use this news to try and advance their agenda.

In reality, the farm bill is performing the way it is designed to do when prices plummet by more than 50 percent and the farm economy is hurting. During a downturn, the farm safety net provides a safeguard for farm families, so they are better able to repay their loans, get credit for the next crop year, and weather a down market distorted by foreign government’s subsidies, tariffs, and other trade barriers. But, it is very small in comparison to the losses farmers absorb.

And, this farm safety net, which can mean life or death for independent farm and ranch families suffering losses like the one described, is a small investment for taxpayers representing 0.26 percent of federal spending as the illustration below demonstrates.

The Commodity Title and Crop Insurance are the two main components of the farm safety net. Farmers purchase crop insurance to protect against losses caused by natural disasters and only receive an indemnity when they suffer a verifiable loss. The Commodity Title complements crop insurance enabling farmers and ranchers to manage multi-year price declines as well as overcome predatory trade practices of foreign governments, including high and rising foreign subsidies and tariffs.

How much does this cost the taxpayer?

The average annual federal outlay was about $12.3 billion in the 1960s, $14.8 billion in the 1980s, and $11 billion in the most recent decade (2007-2016). Although $11 billion is certainly not a small number even if it is only one quarter of one percent of the federal budget, but consider that this small investment pays for the entire farm safety net for all of America’s farm and ranch families. In contrast, China’s farm policy in 2015 alone spent $100 billion in subsidies on just three crops: corn, soybeans, and wheat.

Further, the chart below maps out U.S. safety net expeditures as a percentage of federal outlays over time.  Even a passing glance at this chart makes clear that federal spending on the farm safety net is trending down and represents a very small percentage. And, even if this spending were totally eliminated, it would not make a dent in the national debt or deficit.

* Based on USDA Farm Income tables and OMB Historical Tables.

The bottom line is this: Times are very difficult for our farm and ranch families right now and there is no end in sight to current conditions.  This may be the beginning of a long period of depressed prices similar to what we experienced in the mid-1980s and the late-1990s. The lesson we learned from those challenges is that the pain hits farm and ranch families first and hardest, but it also reverberates throughout rural communities and the agricultural sector, and ultimately impacts the economies and jobs of even our largest cities.

While we will never be able to match the big money that the professional critics and special interest groups in Washington spend to disparage rural America and American agriculture to advance their own agendas, we will continue to fight for and stand with America’s farm and ranch families because we know the value of a secure and affordable national food and fiber supply.