Conservation is an Important Part of the Farm Bill 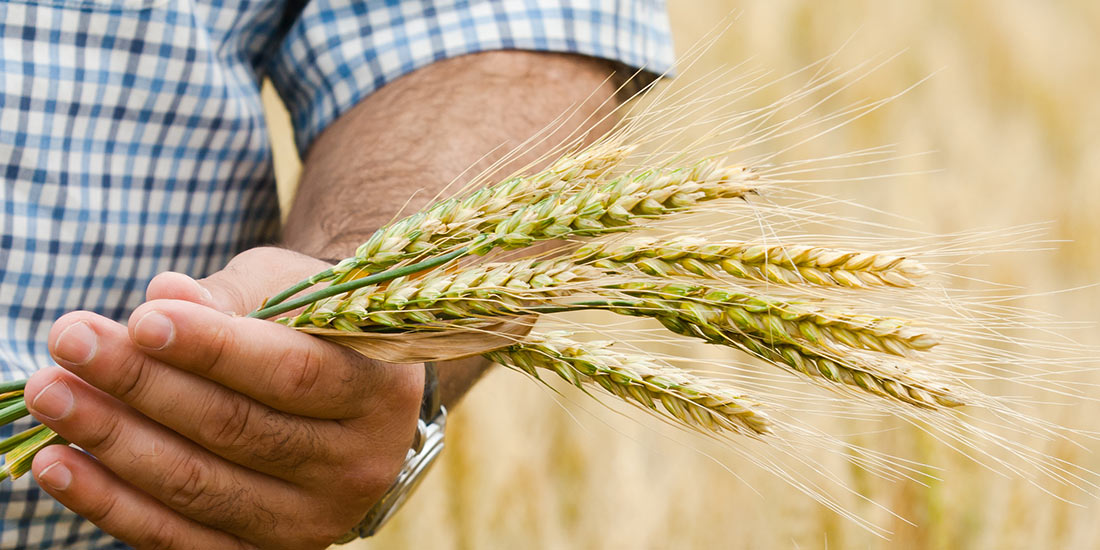 Editor’s note: It’s been a hard year for the nation’s wheat farmers. Against a backdrop of disasters, falling prices and the lowest number of wheat acres under cultivation in U.S. history, wheat farmers have been making the rounds in Washington to explain the importance of a strong farm safety net in the upcoming 2018 Farm Bill. This is the second part of our series.

David Schemm, chairman of the National Association of Wheat Growers (NAWG), was landing back home in Kansas from a trip to Washington when Farm Policy Facts caught up with him to discuss conservation on the farm.

A late April blizzard dropped 25 inches of snow on top of the wheat crop in his state. Overall, he says, the moisture might have done more good than bad. Their harvest was below average this year on his farm but it wasn’t as bad as it could have been.

He plans on planting more wheat acres next year than he did this year but the low price is making major expansion hard.

“Our wheat price is just not coming back to where I need it to have good profit margin and meet all my costs,” he said.

Conservation is an important part of the business calculation on any farm, and the upcoming Farm Bill is an opportunity to make improvements to help farmers, many of whom, like Schemm, are facing challenges.

Schemm said conservation aspects of the Farm Bill need to be expanded and more control needs to be given to local officials who know their communities best.

For example, the Conservation Stewardship Program has local caps on the number of acres allowed. And there’s no opportunity to enroll in the program more than twice.

“The flexibility and local control is important,” he said.

Farmers get a financial incentive for applying best practices under the program.

No-till farming is one such practice. Schemm follows it on his land, but the rigid rules of the program, which were written long ago, do not always align with today’s business realities, where tilling may be needed in some cases to avoid expensive inputs.

Another example of the need for flexibility is classification of land as environmentally protected wetlands.

These were identified during the 1980s and 1990s when there was excessive rain and haven’t been revaluated since, Schemm noted.

Regulators need to have the ability to “not hold the farmers at fault because of a wet spell in the past.”

According to Schemm, this means having language worded into the bill that allows local Natural Resources Conservation Service (NRCS) offices to have the flexibility to be able to quickly respond to changing dynamics.

Conservation is at the heart of farming, with or without regulations, he said.

“Quite honestly, most farmers do it because it’s the right thing to do and it is what they do want to do with the ground,” he said. “They want to take care of it. The incentive allows farmers to put marginal areas into conservation and not hurt their income. The farmers I know all have the attitude that the land was handed to them by their father and it’s their responsibility to leave the land in better condition than they found it.”

Being able to afford to do that is an important aspect of the Farm Bill.