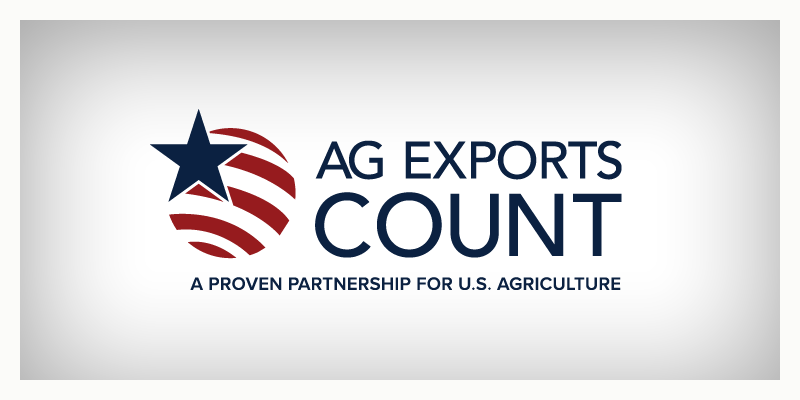 With America’s trade policy up in the air, farmers from coast to coast want to remind new lawmakers and administration officials of the importance of agricultural exports – especially as growers wrangle with slumping commodity prices at home.

All told, farm exports account for $340 billion in economic activity and support more than a million jobs, according to Agexportscount.com, a new industry-sponsored clearinghouse of information on the value of U.S. agricultural goods abroad.

The site offers resources including reports on the economic impact of USDA’s Export Market Development Program. It also features success stories from across the world in an interactive map.

Click on a pinpoint and you can learn about agricultural trade markets from Jakarta to Atlanta, Georgia. In Florida, for example, the site highlights the success of the grapefruit industry in reaching out to new markets using video.

“Utilizing funds from USDA’s Foreign Agricultural Service Market Access Program (MAP), we developed a series of short, fun and shareable videos telling the story of Florida grapefruit and what makes it the sweetest and juiciest grapefruit in the world,” site developers said of the success story.

“These videos have been leveraged online (on web and social media properties) where our target audience is most active, as well as in our retail and food service programs,” according to the site.

You can filter the success stories by commodity, domestic and international markets.

Next up, the site dives into the value of agricultural exports in the U.S. with a look at how trade agreements create opportunities for farmers. For example, every $1 billion in agricultural export revenue supports 8,000 American jobs.

The site makes a case for supporting agricultural exports as American farmers continue to suffer from low commodity prices. Every dollar spent on market development in grains, for example, produces $24 in export gains.

Export programs have increased annual farm income by $2.1 billion a year and created 239,000 new full and part-time jobs, according to the site.

Agexportscount.com also presents the challenges the industry is facing.

It comes at a time when competition for foreign markets is skyrocketing.

“This significant increase in market size, combined with the diminished purchasing power of MAP and FMD funding since 2002, means that U.S. producers are not well equipped to take on more aggressive foreign competition,” according to the site.