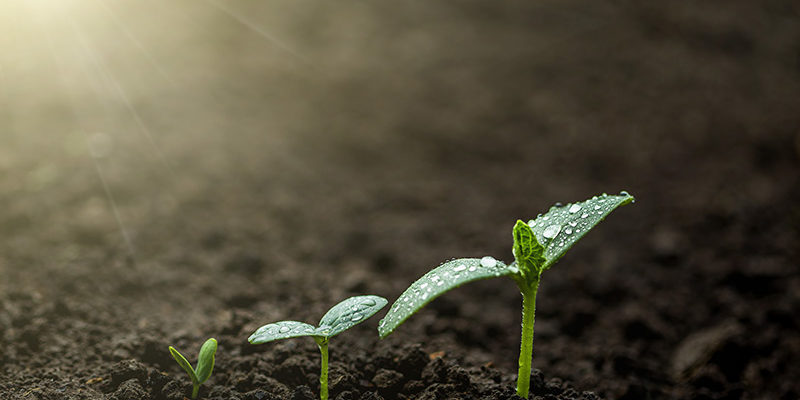 When it comes to attacking farmers and ranchers, the Environmental Working Group (EWG) never takes a holiday. Not even in the midst of a depressed farm economy.

For years, EWG has been using its so-called “farm subsidy” database – a collection of publicly available, but outdated information – to spread a false narrative about farmers and farm policy.

As we have reported in the past, they spin old, irrelevant data to make it look like our agricultural producers are “cashing in” on the farm safety net while leaving out valuable context for why such support exists. This includes many factors outside farmers’ control, like devastating weather events, high input costs, sour economic conditions, and foreign subsidies. They would never report the amount of money farmers spend from their own pockets, or the overall contribution this makes to the economy we enjoy.

One of the more recent examples of spreading misinformation happened when President Trump announced his agriculture secretary nominee. EWG painted Governor Sonny Perdue as a subsidy recipient, but failed to mention that he has not received farm safety net support since 2004 – more than a decade ago – under policies that no longer exist.

And, now as we begin to debate the next farm bill, EWG has rolled out yet another “database.” This one purports to track funding for four conservation programs in the farm bill over the last two decades.

But, it is more of the same as EWG tries to push another false story. This time it is that current voluntary conservation efforts are not working, that money spent on conservation efforts has been frittered away, and that farming is threatening our natural resources. The only solution, they say, is more government regulations on farms and mandates from D.C.

“They started with a conclusion – we want to regulate farmers – and then they took the data set and tried to match that conclusion,” explained Pelham Straughn, founding partner of the 9b Group, in an interview with Farm Policy Facts. “To compare what we were doing 10 to 15 years ago and lump all of that data in with the things that we are doing today is just not fair.”

“Tracking everything by dollars, by acres, that’s just one part, but it doesn’t get to the outcome,” added John Larson, the executive director of programs at American Farmland Trust, a group dedicated to preserving farmland across the country. “If you look at the timeframe – 1997 to 2015 – that’s a lot of years and the dollars spent is not very much for the number of acres we’re talking about.”

Straughn and Larson both noted that the database and the way EWG is using it does not reflect what is happening on the ground. It ignores years of changes to policy and practices that have made voluntary conservation efforts successful, including the investment farmers make to protect the land, water, air, and wildlife.

One shining example of a working lands program, and a specific target of EWG’s latest attack, is the Environmental Quality Incentives Program (EQIP). It is a 100 percent cost-share program, which means that if the producer wants to implement a certain conservation practice, he pays a significant portion of the installation and the federal government provides the other part so land stays in production, but with more sustainable practices and techniques.

Just this week, Timothy Gertson, a fifth-generation rice grower from Texas, described how the program offers collective benefits to both the farmer and the environment during a House Agriculture Subcommittee hearing. Gertson explained that he “cost-shared the installation of more than four miles of 16-inch underground pipeline to replace irrigation canals,” which resulted in using 20 percent less water needed to grow a crop.

Gertson was able to tailor the voluntary program to fit his specific need. A regulatory framework, like the one EWG proposes, would be a one-size-fits-all approach, which would not account for how vastly different farms can be across the country.

Further, regulatory mandates would strain many farmers, particularly young and beginning farmers, during times like the present when prices are depressed and net farm income has dropped to a historical low.

“We know that in order for the best conservation to be put on the ground, the operation has to be economically viable,” explained Coleman Garrison, the director of government affairs at the National Association of Conservation Districts. “If farmers cannot even survive on their own, that’s not the best way to get results.”

“There are so many variables and factors that a producer doesn’t have control over,” said Larson. “It’s going to be a much more valuable, productive, long-term solution if we’re training and incentivizing people to make changes to conservation practices on their own.”

No doubt EWG will use this new “conservation” database to undermine the farm bill reauthorization effort. But, it is unlikely to get much traction. As Rep. Collin Peterson, the ranking member of the House Agriculture Committee, once said, “EWG has no credibility.”

Indeed, we’ve all seen this one before.