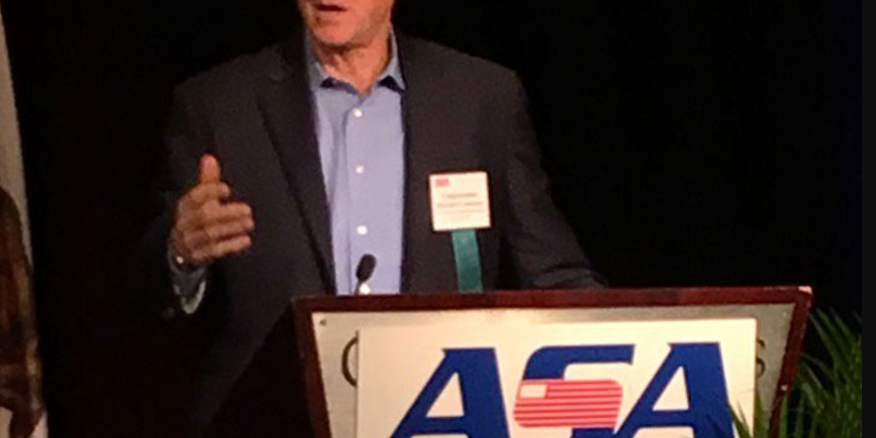 Leaders of the House Agriculture Committee want Congress to move fast on the new Farm Bill, and they will have the support of America’s largest farm groups, according to remarks at the International Sweetener Symposium.

Sugar policy is an important part of the Farm Bill, and members of Congress applauded the policy for historically operating at no cost to taxpayers and for keeping sugar prices stable and affordable for consumers.

In addition to sugar, the Farm Bill also provides essential marketing and risk management tools, like crop insurance, to producers of corn, cotton, dairy, livestock, rice, sorghum, soybeans, wheat, and a multitude of specialty crops. And those tools are needed now, more than ever, as commodity prices are falling and market-distorting foreign subsidies are on the rise.

“Overall, production agriculture has suffered a really difficult four years,” Conaway told the group. But this backdrop should make it easier, he said, to explain to others in Congress why farmers need strong policies to serve as a backstop against bankruptcies.

Conaway hopes to conclude Farm Bill hearings soon and have legislation ready for floor deliberation in late 2017 or early 2018.

“As we go through this Farm Bill, the lens I’m going to drive every decision through is what does it do to the cost of food,” he said, explaining that Farm Bills should benefit grocery shoppers as much as farmers.

And current farm policies, Conaway noted, are delivering “the most abundant, safest, and affordable food and fiber supply of any developed nation in the world.”

“I’m pushing to get this done sooner rather than later,” he said. “There’s no reason to wait.”

The current Farm Bill has been more than $100 billion under budget, Peterson explained, which he hopes will help win swift passage of the new legislation. “I think we should get some of that [savings] back to help write the new one,” he added.

Conaway and Peterson weren’t the only ones backing a strong Farm Bill and a strong sugar policy at the symposium.

Leaders from the American Farm Bureau Federation and the National Farmers Union (NFU) pledged their continued support of sugar producers, and of all farmers. They said they would help rally America’s diverse agricultural community during the Farm Bill process.

“This is not a time to be divided, this is a time to be united,” Farm Bureau President Vincent “Zippy” Duvall explained. “It’s our time. We have the right people in the right places…to write a food security bill to benefit all Americans.”

Roger Johnson, NFU’s president, agreed and said his group will continue to remind lawmakers that “the Farm Bill should address needs, not a budget.”