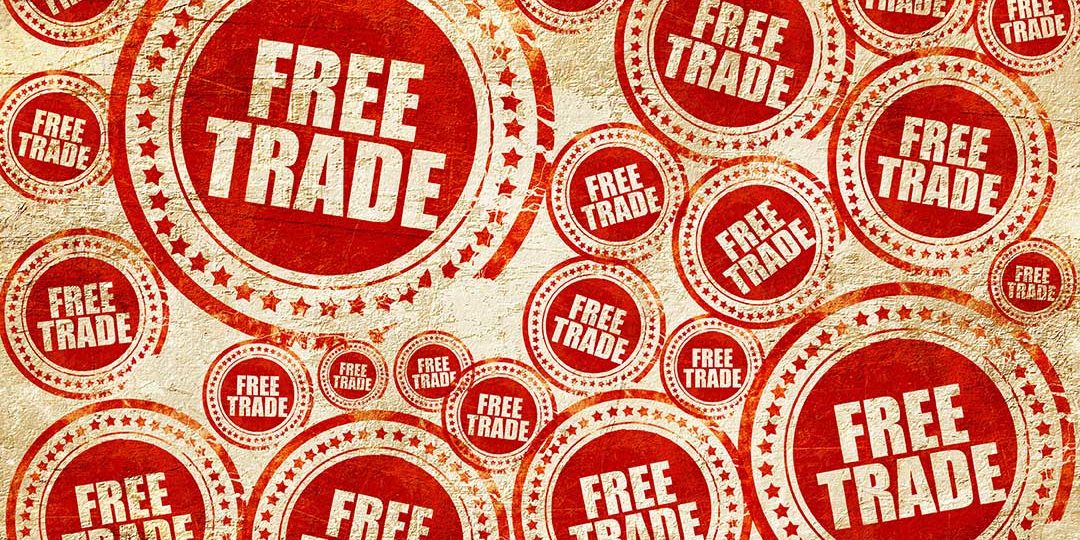 The United States is “one of the most open agriculture economies in the world” and a global leader in the push for free trade, according to a new study released today that challenges claims made by one of the most vocal farm policy opponents.

However, because America’s farmers and ranchers “confront a dizzying complex of [foreign] market distortions,” there is a need to maintain and even strengthen U.S. farm policy.

John Gilliland, an international trade consultant at Akin Gump Straus Hauer & Feld LLP and author of the study, explains how that would not only hurt America’s farmers and ranchers, but would also be an “ineffective tool in securing global free trade in agriculture.”

The Heritage Foundation argues that eliminating farm policy would give the U.S. “moral authority to demand more of its trading partners,” but Gilliland suggests this would only weaken U.S. negotiating power to reverse rising foreign protectionist behavior. He writes:

“Trade negotiations proceed in a uniquely transactional environment. Member countries give defensive concessions in order to secure offensive gains. To succeed in this environment, the United States needs bargaining power – tangible, offensive leverage that will convince other countries to come to the table.”

Gilliland cites cotton as an example. He notes that while the United States has significantly reduced its support for American cotton growers in the farm bill, China ramped up “massive subsidization and stock-building programs” that created a glut in the global market, depressing cotton prices “to the detriment of farmers in the United States, Africa, and elsewhere.”

Gilliland believes this experience is instructive for U.S. policymakers as he writes:

“[A]ny ‘moral’ high ground U.S. farmers gained from the repeal of their farm support had virtually no impact on China’s willingness to devote billions of dollars in new subsidies for its own cotton industry.”

In the face of this lopsided global playing field, Gilliland observes:

“Eliminating the farm safety net and already low U.S. agriculture tariffs would further expose U.S. farmers to the manifold distortions of dozens of foreign governments… The U.S. farm economy is strong, innovative, and competitive. But it is not invulnerable against foreign treasuries and high market access barriers.”

The study also refutes some of the criticisms of U.S. sugar policy, noting that the global sugar market is “one of the most heavily distorted” because it is “extensively subsidized around the world.” For this reason, the U.S. sugar farmers support a zero-for-zero approach to trade negotiations, confident that American farmers can compete with any other farmer in the world so long as they are on equal footing. Yet, even this legislative proposal, introduced by Rep. Ted Yoho (R-FL), has inexplicably earned the opposition of the Heritage Foundation.

“It must be puzzling for U.S. sugar farmers that proponents of free trade would deride a zero-for-zero proposal that targets the elimination of domestic subsidies and tariffs. Is this not essentially what the Heritage Foundation proposes as the desirable outcome for all U.S. commodities?”

These are only a few specific examples Gilliland uses to demonstrate how the U.S. has answered the call for free markets and free trade, but the study as a whole is an incisive look at global agricultural trade and the consequences of unilateral disarmament of farm policy.

Despite steady and steep increases in foreign subsidies, tariffs, and non-tariff trade barriers, the U.S. has reformed and reduced domestic support through the years while serving as critical champions of the U.S. trade agenda.

Policymakers gearing up for the farm bill re-write should take notice of its powerful conclusion:

“Reform of global agriculture markets will take years, probably decades, unfortunately. In the meantime, if Congress were to follow the Heritage Foundation’s proposal, U.S. farmers would face a long, difficult period trying to survive as they wait for the rest of the world to meet them in the aspirational free market.”