Praise for Perdue in Advance of his Confirmation Hearing 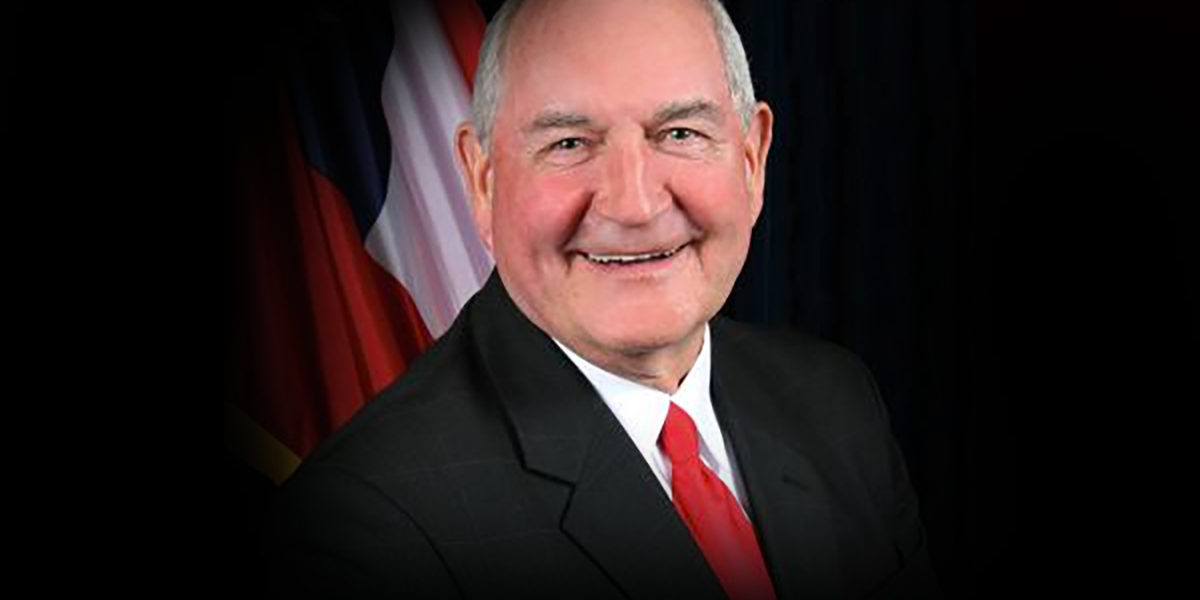 “Now more than any other, agriculture needs a champion at the highest level of government,” warned Senate Agriculture Committee Chairman Pat Roberts during this week’s Farm Bill Summit.

Earlier in the day, Roberts’ counterpart in the House Agriculture Committee voiced similar concerns at the same event. Chairman Mike Conaway lamented that a secretary was not already in place to provide counsel to the administration on the budget proposal, having released a “conversation-starter” version that called for cutting agriculture by 21 percent.

“We need a strong farm bill and we need the resources to write the farm bill,” stated Conaway.

The challenges in agriculture at present day are real: depressed commodity prices, declining net farm income, weak imports, rising foreign subsidies, and the ever present danger of Mother Nature as demonstrated by the devastating wildfires that have raged across Oklahoma, Kansas, and Texas in recent days. All of this to serve as the backdrop to writing that new farm law under tight budget constraints before it expires in 2018.

Although farmers and ranchers can count Roberts and Conaway, and their colleagues Sen. Debbie Stabenow and Rep. Collin Peterson, as champions, agriculture could always use another one.

And, they have found one in Governor Sonny Perdue, the nominee for Secretary of Agriculture, who will appear before the Senate Committee on Agriculture, Nutrition, and Forestry later this morning to explain why he should get the job.

It is a sign of Perdue’s strength that explains why lawmakers, farm and food groups, former secretaries and others – all from different political corners – are rallying behind his nomination.

There is a collective sense of optimism that he brings an elevated level of experience and perspective to lead what is arguably one the most important federal agencies during a particularly challenging time.

“He’s the right person at the right time at the right place,” said Rep. David Scott (D-GA), a member of the House Agriculture Committee and a former colleague in the Georgia State Senate who will introduce Perdue at the hearing.

Even former Secretary Tom Vilsack penned support in a statement noting that he has worked with Perdue in the past and “know[s] how committed he is to all of our farmers, ranchers, and producers” and will “work hard to expand opportunity in rural America.”

A big part of Perdue’s appeal is his connection to the farm. A fact that nearly 700 farm and food groups pointed out in a recent letter of support sent to the Senate Agriculture Committee last month.

“There have been 30 Secretaries of Agriculture since the job was created in 1889, and though some were raised on a farm, only two actually lived and worked in agriculture as adults,” they wrote. “If confirmed, Sonny Perdue will be number three.”

He is “eminently qualified to lead USDA,” they concluded.

Indeed, who better to represent the interest of farmers in the executive branch of government than a farmer himself?

As President Dwight Eisenhower once said, “Farming looks mighty easy when your plow is a pencil and you’re a thousand miles from the cornfield.”

That may be true for many working in the halls of government, but not Perdue. He may be many miles away from a farm in Washington, D.C., but he knows all too well the hard work involved with growing our nation’s food and fiber supply.