Our View: Stick Together & Keep Going 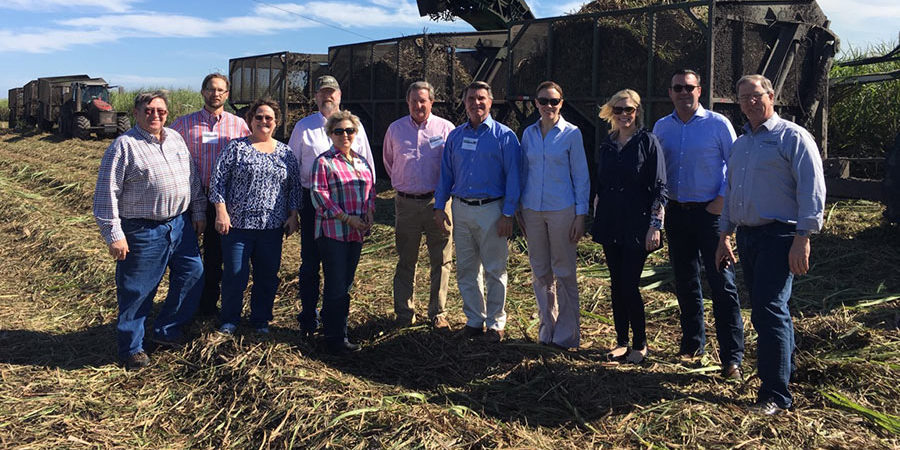 There is nothing like a difficult reality to make clear what is important and inspire a way forward. As Winston Churchill once said, “if you’re going through hell, keep going.”

These days, there are plenty of reasons for farmers and ranchers to be anxious and feel like they are going through a similar journey. The farm economy is hurting and there is uncertainty relating to regulations, trade, and an expiring farm bill. Meanwhile, the perennial haters of farm policy are singularly focused on destroying what remains of the farm safety net.

So, it is encouraging to see a demonstration of unity among the agricultural community and even some lawmakers in Congress – as it relates to the farm bill.

A notable display happened when the Senate Committee on Agriculture, Nutrition, and Forestry held a hearing to consider the nomination of Governor Sonny Perdue as Agriculture Secretary. As Politico described it, Perdue “sailed” through his confirmation hearing with “few, if any, hardball questions hurled his way.”

Weeks before nearly 700 food and farm groups had written to committee leaders recommending him, saying he is “eminently qualified to lead USDA.” Six former Secretaries of Agriculture also voiced support in their own missive.

Not surprisingly, the committee approved his nomination last week and now it awaits a full Senate vote.

Over at the House Agriculture Committee, a hearing series on The Next Farm Bill is underway, and a number of agricultural groups testified about what is and isn’t working with the current farm bill. The consensus is that the 2014 Farm Bill needs a few tweaks, but not wholesale change recognizing that some producers do not have an adequate safety net to mitigate the impact of such a depressed farm economy.

And, there is widespread opposition to any efforts to undermine the current crop insurance structure, which is one of the most important risk management tools for farmers.

Some farm leaders are even seeking ways to better understand the challenges that their brethren in farming are facing across the country. Although every farmer is feeling the pain from a depressed farm economy, American agriculture is diverse and not all growing regions are the same.

During the annual meeting of the American Sugarbeet Growers Association earlier this year, farm leaders observed the latest farming techniques of sugar producers in Florida and toured state-of-the-art processing facilities for sugarcane.

“Tours like this promote a better understanding about the issues that different commodities face and our discussions during the tour help build a common bond among participants,” commented Ronnie Lee, Chairman of the National Cotton Council.

“We are all facing low prices, tough competition, and bad markets,” added Ryan Weston, the Chief Executive Officer of the Florida Sugar Cane League, who organized the tour. “It’s a rather unifying factor that hopefully will make such a difference with this farm bill.”

Further, another encouraging sign is the fact that some lawmakers are already making the case for writing the next farm bill.

Senator Cory Gardner (R-CO) recently spoke on the Senate floor about the plight of farmers saying:

“[T]here’s a lot of suffering that’s beginning in the heartland of America right now. A lot of farmers and ranchers are suffering and they’re worried about how they’re going to survive not just into the next year, but how they’re going to survive into the next couple of months. The telltale signs of difficult times are all around us in agriculture.”

Senator Amy Klobuchar (D-MN) recently penned an op-ed that highlighted how important agriculture is to her state and the nation, and vowed to work “with my colleagues from both sides of the aisle for an even stronger farm bill.”

All four principals of the agriculture committees echoed these sentiments weeks later at the Agri-Pulse Farm Bill Summit on the eve of National Ag Day.

Taken together, this is a good start to what will inevitably be a long and arduous process.

When the 2014 Farm Bill Conference Report finally made it for a vote, Rep. Tim Walz (D-MN) remarked, “Of course it’s not perfect. If you want perfect, you’ll get that in Heaven. This place is closer to Hell, so this is a pretty good compromise that we’ve come up with.”

That was after nearly four years of debate, multiple markups, countless hearings, a failed vote on the House floor, a split of the nutrition title from the rest of the bill, and a finally a conference to reconcile the House and Senate versions and produce what became the Agricultural Act of 2014.

It was not to be outdone by the 2008 Farm Bill, which needed Congress to override two presidential vetoes of the legislation before it was finally enacted. The cause for the second veto was because Congress sent the bill to the president without one of its titles.

Of course, there are other tales of farm bills’ past because every one has its own story and its own challenges. This one will be no different.

Sticking together will be the key to getting it done. And, when in doubt, draw upon the wisdom of Churchill: just keep going.